He checks the fuel, sets the starter and gives a yank on the cable. The strimmer roars as he clips the machine onto his harness. He’s off sweeping from side to side, taking the heads off dandelions and sending grass cuttings into the air. 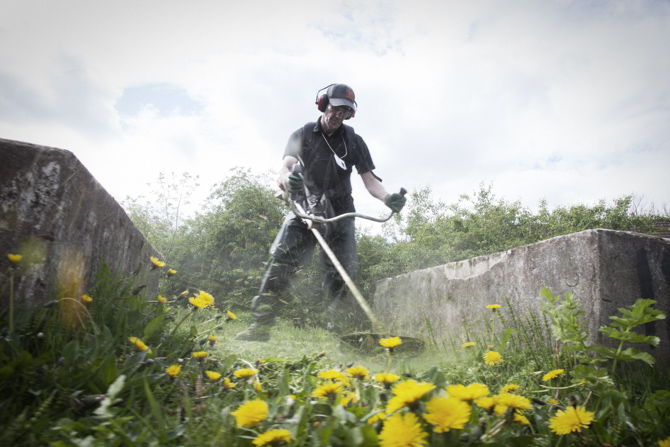 “Slow down a bit Sean,” shouts Paul above the noise. “Slow down or you’ll tire yourself out before long.”

The last time I saw Sean he was sat in front a computer with Rosanne. He’s been getting some intensive support from the UCAN these last two months.

“I’m just coming out of a depression,” he tells me after Paul has suggested he give the machine a break. “But all this has brought me out of my shell.”

As part of the new welfare reform regime Sean has been moved onto Jobseekers’ Allowance from Incapacity Benefit. It hasn’t been easy for him. Down at the UCAN he’s signed up for IT training and regularly attends the job club. He’s also been one of Mike’s mentees.

“Yes, I’ve been having one-to-one with Michael. He’s all right, Michael. He got me my specs.”

Another quick win. The UCAN staff realised that Sean was having difficulty with his reading and quickly diagnosed eyesight issues. It was Mike who got him in front of the optician.

“I used the bottom of a glass to read,” recalls Sean with a laugh. “Now it’s a lot less bother. I can just pick up a paper and read it straight away.”

We’re round the corner from the UCAN at the Red Lane allotments. Paul works for the Mojo Trust (still known by many as their previous incarnation, Bolton Wise), an organisation that trains unemployed people in all things horticultural. 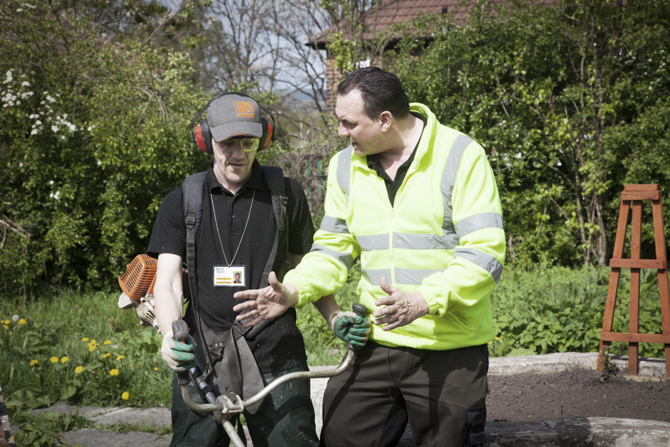 “We take trainees through an NVQ in Amenity Horticulture and Hard Landscaping,” he says. “They’ll usually do two days a week for 12 weeks and come out with a qualification and some experience.

“And yes, it is about qualifications but it’s also about keeping people busy and learning social skills. If you’ve been out of work for a while you tend to forget how to talk to people, and just getting out of the house, doing something different, can be very motivational.”

This ‘Estate Rangers’ project is part of the UCAN’s big push to help specific clients who have been long-term unemployed, which I have been writing about over the last few blog posts. Like all things UCAN, it’s joined-up and tailored to the individual.

There should be more at this morning’s session but other participants have appointments to attend. Steven is tending one of the raised beds. “This is actually my own bed,” he says, “I come down at other times but I’m just learning all this green stuff. I’ve got potatoes, broad beans, onions…”

“… and this is mint here,” I say, plucking and smelling a leaf, “nice boiled with new potatoes.” 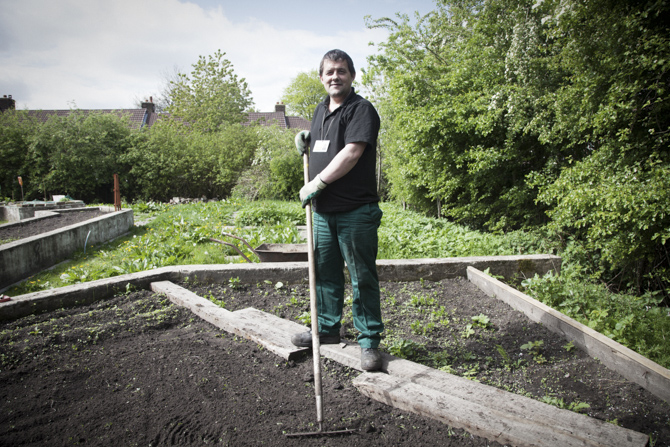 Ten years ago Steven was an industrial window cleaner but hasn’t worked since. He and his ex-partner have both had issues over substance mis-use and their two children no longer live with either of them.

“I’ve changed my life around in the last seven or eight months,” he says, “and the authorities just need to see me keep it going. All I want is my children back home.”

“And all this helps?” I ask waving my arm around the allotment.

“Yeah, it does help. Otherwise I’d be stuck in, being bored and possibly tempted again. I don’t want that. Things are looking up but it’s been hard, very hard.”

I leave them to it as Steven takes his turn with the strimmer.