I’m nipping in between consultations. Except these are a bit more than consultations. This morning Mike has already had hour-long sessions with two of his new customers and after me, and presumably a bite of a sandwich, he is seeing two more.

He tells me these particular clients – because of depression, ill health, drugs or alcohol misuse – had been ‘parked‘ on Incapacity Beneﬁt for some time, drawing beneﬁt but not expected to ﬁnd work.

Since the welfare reforms these men, and they are mainly men, ﬁnd themselves having to get to grips with the ﬂawed Universal Jobmatch online employment site and the increasingly rigorous demands of the Job Centre.

I like that the UCAN can be super-responsive. As a new need arises it adapts what if offers or adds something new into the mix. Which is why Vanessa has commissioned Mike, the CV-writing guru and career coach from Tuesday’s job club, to work closely with a number of hand-picked, long-term unemployed residents.

“There’s a part of Breightmet that is ranked pretty highly among the indices of most deprived areas in the UK,” says Mike. “Bolton at Home has researched the ﬁgures and there’s a particularly high incidence of people who are on, or had been on, Incapacity Beneﬁt.” 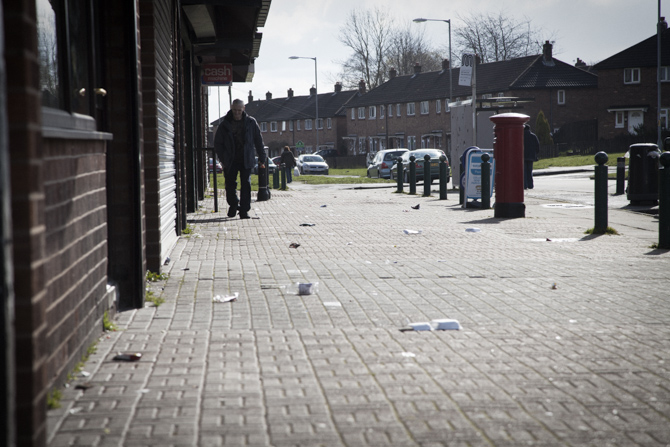 “So what sort of people are we talking about? Can you describe them?”

“One of the guys has been without regular work for more than 20 years, others for over 10,” says Mike.

“The younger ones obviously less so but with all of them substance misuse is a common theme. Interestingly, There is also an almost universal lack of conﬁdence around literacy, particularly spelling. They can read well enough but writing is an issue.”

“But isn’t the JobCentre helping this group?” I ask. “As you say, they have been economically inactive for so long, surely they can’t be expected to job search without any support?”

“If I was in the JobCentre’s shoes, I’d argue they are being offered a lot,” says Mike. “But it’s inevitably very prescriptive given the volumes of candidates they are dealing with. One guy has been put on the Work Programme for new claimants and another has been sent along to Bury College to have his basic skills assessed… but now he has to wait two or three months before there’s a literacy course available. So there is support, but it tends to be less tailored. Does that make any sense?

“Yes. Yes, it does. But what are you doing differently?”

“I’ve come in with an open mind. We want to make sure their interaction with the JobCentre and with Universal Jobmatch is as positive as it can be. But what is fascinating and unexpected is how much the guys are opening up to me about themselves and about what’s stopping their progress. And there have been things I can do to help.”

“For instance, one guy at the end of our ﬁrst session told me he was really self-conscious of his teeth. He hadn’t had dental treatment for 10 years and had very bad teeth, so bad they were affecting his self-conﬁdence.

“So I organised a local NHS dentist to see him, even paid for a taxi to get him to one of the appointments and next week he’s being ﬁtted with a new set of false teeth. He’s delighted, he can’t wait.”

“Another guy is nervous of speaking on the phone and so doesn’t have a mobile. Of course, if you’re searching for work, coming across well in a phone call can be important. So I got him a cheap mobile from Asda and some credit and suggested he used it to order takeaway food, for instance. I call him from time to time and he’s even spoken on the phone to Vanessa now. It’s a little step which has improved his ability to function.”

“It comes down to seeing people as individuals, doesn’t it?” I say

“These are little gestures but quick wins, small victories that are showing them we can make progress. What’s fascinating is how freshly motivated a couple of them are at least, to get a job. I’m not going to put myself out here as the ‘fairy jobfather’ but I do think, in the right circumstances, two of them could be employed in the near future by someone and do well.”

“Motivationally, they’re not quite ready yet.” 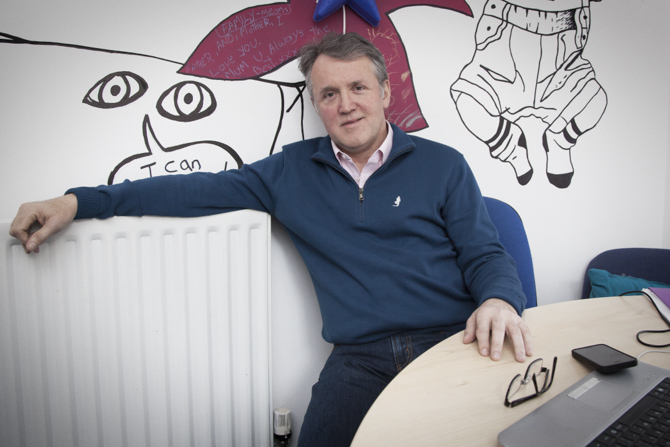 This is week four in a six-week project. After his ‘quick wins’ Mike has started working on what he calls ‘reframing’ the life story. “To begin with they’d all talk very negatively about themselves: drug and alcohol problems, being out of work, being homeless maybe. But now we are moving towards a more positive life story.

“We’re beginning to ﬁnd the positive elements about them and getting them to express them more openly: are they a family man? Do they like working with other people? Maybe they enjoy the outdoors… anything really to get them thinking differently, and expressing their life stories more positively.

“The aim is to them more attractive to employers. None of it is untruthful, just a skewing of their story in their favour really.”

What Mike is doing over six hours isn’t rocket science. He’s building self-esteem, giving people time, allowing them to discover what they’ve got to offer. It’s personal and it’s making an impact.

As a little pilot study there are some important lessons to be learnt… and not just by the UCAN.

“I enjoy the little differences I am seeing already,” he says as I get ready to take his portrait. “And I hope they are too. It’s very satisfying.”