Even now I’m not sure how to pronounce it. “Do you go to Breightmet?” I quickly ask the driver, so he can’t tell whether I’m saying it right.

By the time my map app has realised we’re now in Bolton, the blue dot has travelled further up the Bury Road than I had intended. I’m going to have a long walk through Breightmet to the UCAN Centre. And it’s started to rain. I discover later that the 562 would have dropped me right outside, but at least this way I get to see some of the place I’ll be writing about for the next 12 months. 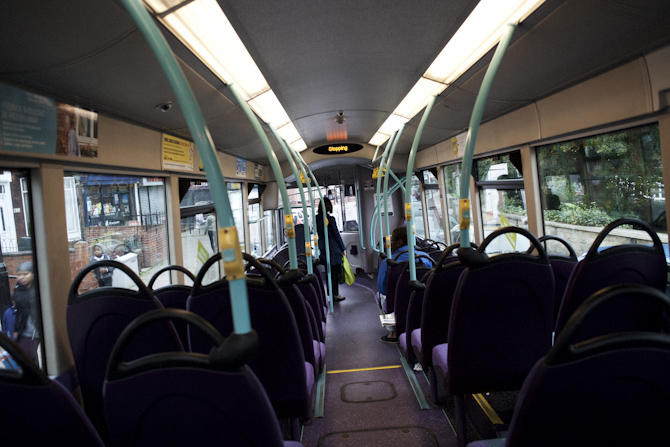 As housing estates go, I’ve seen much worse. Maybe this is the posh end. Here are rows of tidy family houses with spacious front gardens, mostly well looked after. And here’s a Bolton at Home maintenance van parked up outside one of the semis, toolboxes by the open front door and banging noises coming from inside. It could almost have been planned to give me a good first impression.

I struggle to work out which houses are owner-occupied – ex-council houses bought by their long-term tenants – and which are part of the 3,900 managed by the housing association. Usually the social houses are easy to spot: identical front doors and less well-maintained. But here they’re neck and neck.

I know better than to assume the whole estate is like this or that everything up these garden paths is as it should be. From one of the meetings to discuss this blog project I’ve been told Breightmet has more than its fair share of challenges.

“It’s definitely a different sort of community,” the UCAN’s manager, Vanessa, had told me. “When properties become available for rent they’ll be filled by people who already live here. People don’t generally move to Breightmet.

“And historically it has a reputation for poor schooling and poor health, although that’s now being addressed with a new academy, new health centre and new library. Oh, and anti-social behaviour, although that’s supposed to be improving too.” 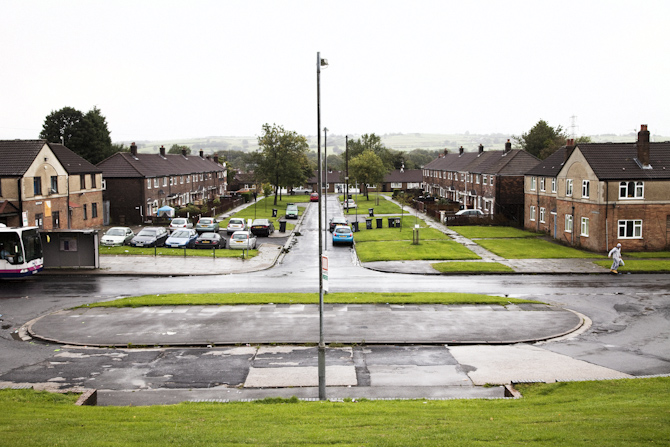 By the time I reach New Lane it’s clear this is a diverse estate. That definitely was the posh end. Now the occasional hanging basket and clipped privet hedge compete with the stereotypical, burnt-out wheelie bin and rotten picket fence. To take my mind off the drizzle I try to visualise the occupants of each house I pass, and imagine the stories they might tell.

I sit in a bus shelter and look across at the unremarkable UCAN Centre opposite. It’s in the middle of a short row of shops that includes a small supermarket, a chippy and a post office that was surely overlooked in the latest round of closures.

According to those who set it up, this advice centre gives the residents of Breightmet a level of support that’s ‘as rare as rubies’ in the public sector. They have apparently fine tuned their services to exactly what their customers need and they deliver them with genuine care and concern for each individual.

Dodging the Holland’s Pies van that has just delivered to the chippy, I cross the road and start my first day.